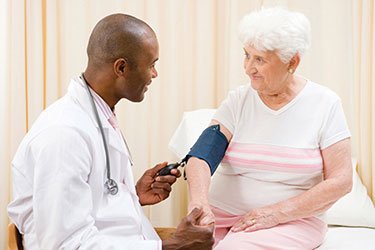 On an overcast Tuesday morning last October in Northford, Conn., I sat in a second-row pew in a quiet church and watched my father tell a heartwarming story about his older sister, Martha. He recalled an incident from his childhood when, as he recovered from a bike accident that injured his jaw, Martha had baked him a chocolate cake and lovingly cut it into tiny pieces so he could eat it through his stitched mouth. My father told the story that morning as part of his eulogy for Martha, the fourth and final one he delivered for his nuclear family. His father, his mother and his two older sisters all succumbed to the ravages of Alzheimer’s disease.

I was 11 years old when I first heard the name of this condition. It was at a bus station in Mount Laurel, N.J. Before departing on a trip to visit my grandparents in New Haven, my mother sat down next to me and explained that I shouldn’t be surprised if Grandpa didn’t remember my name. She then described to me the symptoms of Alzheimer’s—tidbits from the little that was known at the time—and added that she hoped scientists could come up with a way to treat it very soon.

That was in 1982. At the time, I never would have believed we’d be stuck in the same place today. Researchers have made so many breakthroughs in fighting disease over the past century that progress can seem inevitable. Ailments that once were death sentences—diabetes, HIV/AIDS, many forms of cancer—have been transformed into chronic but manageable conditions.  read the full article

Dr. Hedaya’s Rebuttal
Mr. Abbate’s article reflects a bleak situation, but not for the reasons Mr. Abbate states. First, there is now a treatment, outlined in Dale Bredesen’s recent book (The End of Alzheimer’s) whose methods I and other Functional Medicine clinicians have been using to reverse mild cognitive impairment, early Alzheimer’s, and partially reverse mid-stage Alzheimer’s disease.

It is a systems based approach based on the basic science which has shown that inflammation, loss of trophic support, and toxins activate metabolic and genetic vulnerabilities which cause the syndrome we call Alzheimer’s disease.

That even Mr. Abbate, the publisher of such as well-respected journal as Scientific American, is not aware of this approach, means that he and millions of other people are suffering needlessly. Unfortunately, the major academic ‘Centers of Excellence’, with the exception of the Cleveland Clinic, have yet to acknowledge this peer reviewed, published data.

Fortunately, for those at risk or suffering from Alzheimer’s the state of affairs is anything but bleak.