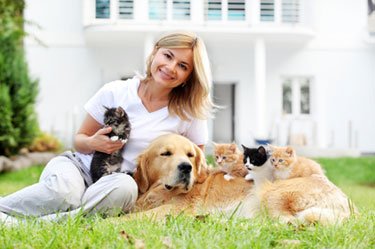 Many people would be surprised that the immune system, the gastro-intestinal tract and stress interact, but that is what the most recent of a number of studies shows. In this study on mice, (Brain, Behavior, and Immunity Volume 25, Issue 3, March 2011, Pages 397-407.

Researchers demonstrated that  psychological stress causes almost immediate changes to the gut bacterial population, and that some of these affected sub-populations strongly influence the effect that stress has on immunity. In the study, the researchers exposed mice to social disruption, which is known to cause increases in circulating cytokines (‘hormones of the immune system), which themselves induce enhanced reactivity in the immune system.  The researchers found that social disruption altered bacterial counts of some gut bacteria sub-populations, particularly when the bacteria were assessed immediately after stress exposure. Stress exposure  increased the relative abundance of bacteria in the genus Clostridium, which often causes prolonged and severe diarrhea (generally after antibiotc use). The stressor also increased circulating levels of IL-6  which was significantly correlated with stressor-induced changes to certain other sub-populations. In a second experiment, these researchers found that a combination of antbiotics prevented the stress induced increase IL-6. This means that certain gut bacteria are necessary for stressor-induced increases in circulating cytokines.So, not only does stress affect the gut bacterial population, but these organisms are also required for  activation of the immune system.

This information becomes even more relevant for psychiatric disorders such as OCD, and depression, as activation of IL-6 has clearly been associated with depression. In fact blockers of IL-6 (eg etanercept) have been shown to reduce depression scores. Furthermore, we can now see, that stress, via its effect on gut bacteria, and hence the immune system (IL-6) can change brain function. We know this because IL-6 activates a certain enzyme (IDO), which actually ‘steals’ or syphons-off  tryptophan from its normal metabolic pathway ( ie conversion into serotonin and then melatonin) and instead converts it into chemicals that increase activity of glutamate (in depression) at an excitatory-and some times toxic- receptor (NMDA) in the brain. The result of all of this is increased depression, anxiety, and reduced memory. In mice this effect can take moths to reverse. The upshot of all of this, is that stress, the gut, the brain and the immune system are really intimately linked, and inseparable. While this might be news to most psychiatrists, it is not news when one understands the The Center for Whole Psychiatry + Brain Recovery model.