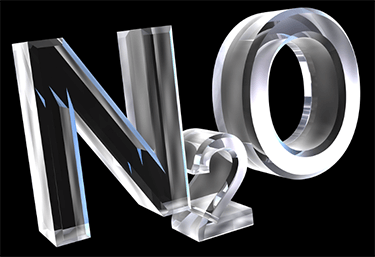 I was wandering around the internet last night, looking for scholarly articles on something called ‘methylation pathways’, when I came across a very disturbing article on the potentially quite toxic interaction between nitrous oxide (NO2) and certain states of B12 deficiency. Before getting into the nitty gritty, bottom line, let me give you some background.

Nitrous Oxide (NO2)-commonly referred to as ‘laughing gas’ was used for years in the practice of dentistry.  It is used currently as part of general anesthesia, and recently has been gaining popularity as a ‘recreational drug’.  An article in Popular Science in the late 1940’s demonstrates how easy it is to make NO2 with an at ‘home laboratory’.

The methylation pathway I refer to above is a fundamental biochemical pathway occurring billions of times per second in the human body.  It’s like the dollar bill of our economy-it keeps things moving.  Methylation plays a key role in the building up and breaking down of molecules.  For example, methylation helps make and break down neurotransmitters (serotonin, dopamine, norepinephrine), estrogens, and histamine (think allergy); methylation helps turn certain genes on and others off, and methylation is involved in protecting nerve cells, making blood cells, strengthening collagen (fewer wrinkles), etc.

The methylation pathways work well when we get enough B12 in our diet (vegans are very vulnerable to B12 deficiencies), enough folic acid (spinach, kale, Swiss chard), and B6.  Additionally selenium (nuts), vitamin B2 (riboflavin), magnesium (Brazil nuts and almonds), and some amino acids (methionine, cysteine, serine, glycine, taurine) are needed to keep the methylation cycle running smoothly.

In addition to these nutrients, we must have genes that can make the enzymes that ‘grease the wheels’ of these pathways.  These enzymes allow things to flow smoothly, and allow methylation to meet the demands of the body and environment.  There are several genes involved in the methylation pathways, and abnormalities of one or more of these genes are quite common (e.g., MTHFR C677T).  These abnormalities slow down the methylation pathways, and connected detoxification and free-radical pathways.

So here is the punch line:

Laughing gas (N02)―nitrous oxide―stops the methylation pathway in its tracks by deactivating B12, and stopping the activity of a certain enzyme for days to weeks. When someone is already deficient in B12/folate (e.g., due to diet, medications such as proton pump inhibitors or Metformin),  or has genes that are not functioning properly, the B12 deficiency is suddenly worsened, and weeks later neurological and psychiatric problems develop. They can be subtle (e.g., trouble with balance) or they can be severe (cognitive problems); any psychiatric syndrome (e.g., panic, depression) can develop.  It is unlikely that anyone will make a correlation of cause and effect between the NO2 and the symptoms, because of the delayed toxicity, and the fact that not every one is effected. Symptoms can be subtle.

NO2 is a very serious danger to your health. The risk is unappreciated by college students who are using NO2 as a recreational drug, and the risk needs to be assessed before use of anesthesia (by testing homocysteine and methionine in the blood, looking for risk factors for B12 deficiency such as a vegan diet or the use of certain medications, as well as the genetic MTHFR test) when possible.  Please raise people awareness of this risk by passing this information along.