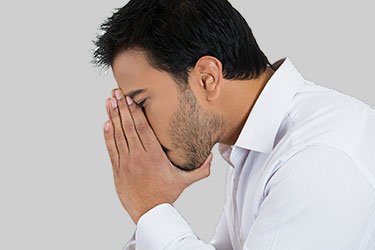 I would like to talk with you about a current but very difficult topic…suicide.

Statistics show a clear rise in suicide frequency with the highest risk being in white middle-aged males.

In my nearly 40-year career, I have treated countless people who have felt suicidal to varying degrees. I have been able to prevent suicide in all cases, largely because I work hard to understand the nature of their depression and anxiety, I connect intensively to my patients, I remain in close contact, I have a very high sensitivity to suicide risk factors, and I use lithium and or hospitalization whenever I am uncomfortable with the risk. Lithium, aside from Clozaril, which is a complicated medicine to administer, is the only medication shown to reduce the risk of suicide, while other medications may actually increase the risk of suicide.

Over the years, I have briefly known two people, not under my care, who committed suicide. Both were middle aged males, as the statistics would predict, who were recently released from the psychiatric hospital. Both had lost their successful careers, and one had divorced his wife as well. These rapid changes in social structure and economic turmoil, were more than these previously stable men could bare. They became isolated and alone, despite the efforts of others. I had the opportunity to speak with both of these men, shortly before their suicide and I believe that I understand what their mind-set was, so let me try to convey that to you.

Firstly, you need to understand that the person who is contemplating suicide perceives a completely different reality than the average depressed person does. Whether the desire to die is triggered by actual loss or the threat of impending loss, complete helplessness and hopelessness follow, often along with intense fear, agitation and or panic. Most importantly the suicidal person sees absolutely no way out of their predicament. This perception appears so real and undeniable because their cognitive and emotional capacities are diminished…they have lost cognitive and emotional flexibility, the brain is not functioning in a robust proper manner, and the power or will to imagine a life beyond their predicament is absent. Even though their doom-filled predictions are not based in fact—and I know that because I have seen countless lives turn around—they have lost all hope in any possibility to have a normal life.

The crux of what I have learned is that the actively suicidal person experiences circumstances literally… closing in on them, trapping them, like a slowly closing noose around their neck…and it results in a psychological tunnel-vision leaving no possible hope of ANY way out… no hope of any relief or recovery.

The perceptions of the two men I mentioned also changed in another subtle way. They both began to look at the world in a different way, feeling literally separate from all people around them. They began to disconnect, becoming observers of everything, and participants in nothing.

What causes suicide? We know that a history of childhood abuse, substance abuse, current economic turmoil, recent rapid changes in social structure, and social isolation are the outward circumstances. But we also know that biological problems play a very prominent, but all too often overlooked role. These biological causes make it hard for the person to cope with and solve their very real circumstantial problems, but generally, they are never evaluated and treated. Because the circumstances and psychosocial issues are so prominent, the biology, aside from the use of medications—which can sometimes make things worse—is ignored.
What are some of these biological changes?

Due to the stress of their trying circumstances, or in the presence of hidden infections, serotonin levels drop severely causing depression….the stress response mediated by cortisol and noradrenalin rises excessively, causing panic, agitation and insomnia. Infectious and inflammatory markers are elevated, contributing to the neurochemical imbalance. Markers of brain flexibility (called neuroplasticity) show recoverable changes. Even brain trauma or undiscovered tumors can contribute to suicidal feelings.

People who are suicidal are drowning in a sea of disturbed biology and disturbed life events. All of this is important because we must understand that the person who is planning suicide is living in a qualitatively different world than we are, and we must all raise awareness that the suicide note bears an invisible but important biological signature.

If you know someone who seems suicidal, share this article with them. Also try to connect them to a local suicide hotline and encourage them to seek treatment.