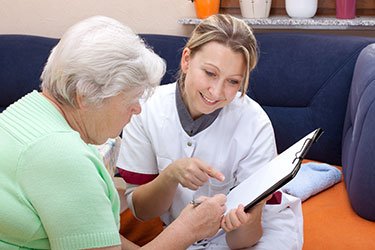 Insulin resistance is a fully reversible condition in which the cells of the body become insensitive to the insulin signal, which itself is designed to take glucose (sugar) out of the blood and into the cells (for energy). If insulin resistance becomes severe enough, it progresses into type II diabetes. Diabetes is more difficult to reverse, and is associated with frequent urination, increased weight, increased thirst, and a host of other problems.

The connection between obesity, insulin resistance, diabetes and mental health problems is no longer questioned. There are number of reasons for the association, including the use of psychotropic medications which cause weight gain, and promote the metabolic syndrome; the social stigma associated with obesity and the lifestyle changes associated with diabetes; and inflammatory activation due to poor diet, high insulin and glucose levels, which in turn changes brain neurochemistry.

A recent study (McIntyre et al. brain volume abnormalities and neurocognitive deficits in diabetes mellitus: points of pathophysiological commonality with mood disorders?: Adv. Ther. 2010 Feb;27(2):63-80. ) reviewed the literature on brain changes in type one and two diabetes, and concluded that the brain areas which are affected in mood disorders and DM diabetes mellitus, significantly overlap. The association is so compelling that one article in 2007 (Ann. Clin. Psychiatry; 2007 Oct-Dec;1994):257-64) was titled: “Should Depressive Syndromes Be Reclassified as “Metabolic Syndrome Type II”. The association with diabetes (and obesity and insulin resistance) extends beyond just mood disorders, to anxiety disorders, and major psychiatric syndromes such as bipolar disorder and schizophrenia.