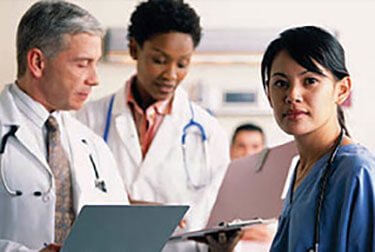 More on ‘Medicine Masquerading as Science’

In a previous blog, I talked about how many doctors and patients do not know the full story about their drugs or medical treatments because of a widespread problem involving unpublished or biased clinical trials. Here is an update on what is happening.

As I mentioned, frequently, medical journals or pharmaceutical companies that sponsor research will report only positive results, leaving out the non-findings or negative findings where a new drug or procedure may have proved more harmful than helpful.

“A new review of research about this problem points to hidden or misleading studies for all sorts of conditions, including depression, Alzheimer’s disease, type 2 diabetes, menopausal symptoms and cancer”, said Beate Wieseler, deputy head of the Institute for Quality and Efficiency in Health Care (IQWiG) Drug Assessment Departmentresearchers at in Germany.

Much of that problem arises from financial conflicts of interest when pharmaceutical or medical device companies fund the studies, according to Wieseler and her colleagues.  They pointed to past research showing an association between industry sponsorship and positive outcomes or conclusions in studies.  The FDA currently does not disclose much of the information it receives from companies when deciding what drugs or devices to approve for market. Now Wieseler and her colleagues want a global system to register trials and make public all research results for drugs or other medical interventions.  They detailed their findings in the April issue of the journal Trials.

“It’s been shown that reporting bias is associated with all sorts of funding – government funding, department funding, industry funding – but the worst source of bias is industry-funded,” said Kay Dickersin, an epidemiologist at Johns Hopkins University in Baltimore.

The FDA’s European counterpart, the European Medicines Agency, has also considered its own steps toward more disclosure. “The agencies understand that there’s a need for more transparency,” Wieseler said. “There is increasing understanding that the public should have access [to clinical trial data].”

But regulatory agencies still have not decided how to balance the need for public access against the desire by companies to keep commercial information or trade secrets confidential, Wieseler noted.

In the above we see the overlapping territory of medicine, government, and politics. I encourage people to be proactive in improving and protecting their health. Here is an opportunity to do so.

Scrub the Soap to Save Your Thyroid?

“Are there Benefits to having Bipolar disorder?”