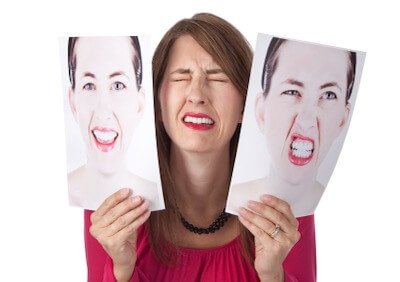 “Are there Benefits to having Bipolar disorder?”

Let me start by acknowledging what is well known: Manic Depression or Bipolar disorder can be a devastating illness. Affecting at least 1% of the population, it can, untreated, result in suicide, ruined careers and devastated families. Bipolar disorder is often accompanied by alcohol and drug abuse and addiction, criminal and even violent behavior. I acknowledge this, because I do not want to make light of the burden this illness places on people’s lives, their families and communities.

On the other hand, the history of the world has been influenced very significantly by people with manic depression – from actors and actresses (Patty Duke, Jim Carey and Robin Williams) to Politicians (Winston Churchill, Theodore Roosevelt) to astronauts (Buzz Aldren), media mogels (Ted Turner) and perhaps even well known religious figures.

It seems clear that for at least some people with Bipolar disorder, there is an increased sense of spirituality, creativity, and accomplishment. It may be that having bipolar disorder holds great potential, if one is able to master or effectively channel the energies, which are periodically available, to some higher task. This would of course presume the ability to abstain from harmful drugs and alcohol, to have good character, and at least some supportive relationships and community networks.

It might be helpful to consider a reconceptualization. Perhaps instead of it being a disorder, we can think of people with bipolarity as having access to unusual potency. This potency will find a way to be outstanding-either in a destructive way, or in a constructive way. If such a choice is presented to the person, perhaps it can open some doors.

I will be discussing this and other aspects of bipolar disorder on Wednesday, August 4th @ 12PM Eastern time in my free virtual teleconference.

More on ‘Medicine Masquerading as Science’