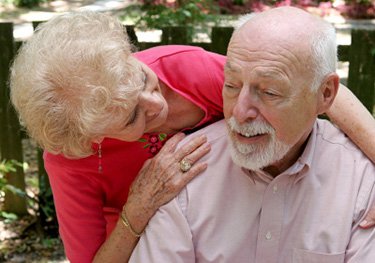 Memory loss creates fear in the very core of one’s being because it threatens one’s identity, and raises the specter of losing one’s independence. Forgetfulness can be a signal that dementia is imminent, but it can also be a warning that other problems are present, which untreated, may develop into pseudo-dementia (a false dementia). The idea that it is normal to lose memory as one ages is not correct. Memory loss is always a result of some abnormal body processes. In this article I will review some basic information, which you can use for dementia and its prevention (yes, it can be prevented), and second, I will review some of the causes of pseudo-dementia.
We in the United States are in the early stages of a dementia tsunami. Currently nearly 1 out of 10 Americans are affected –either directly or indirectly through a family member-by Alzheimer’s disease, the most common form of dementia. These numbers are expected to grow drastically in the next 25 years. Researchers are working on treatments such as a vaccine, but this may come too late for many. Fortunately it seems pretty clear that Alzheimer’s is a disease that can be prevented.
Stella and Ruth, both 75 years old, were identical twins. Both had two copies of the Alzheimer’s vulnerability genes (APO-E4). Ruth had Alzheimer’s disease from the age of 65, and Stella, my patient, was sharp as a tack. Same genes, different outcome. How can this be?
The answer is, in fact, simple: lifestyle. Stella ate very well, didn’t smoke, didn’t drink, and exercised regularly. Ruth, however, ate poorly, was overweight, and was a smoker. She developed diabetes. As a result, she had a chronic state of inflammation in her body—like a slow burn—which in combination with her genes produced a disease, which we call Alzheimer’s. Ten large studies have shown that the risk of Alzheimer’s disease is sharply reduced when inflammation is controlled.
How do we control inflammation? Lifestyle. So, while we are waiting for a vaccine to come along, I suggest that you work on your lifestyle if you are concerned about dementia. Eat healthy wild fish (haddock, cod, ocean perch, herring, salmon, sardines, tilapia, trout, whitefish), lots of colorful organic vegetables and fruits, and organic grains in moderation. Skip the bread, alcohol, and cigarettes too.
Now, when it comes to pseudo-dementia, which really is a reversible dementia, there are a variety of causes, which if diagnosed early, will allow your doctor to reverse your memory problems. The causes range from hormonal problems (such as insulin resistance, thyroid disorders, adrenal gland problems, deficiencies of estrogens and testosterone); nutritional deficiencies (Co-enzyme Q10, folic acid, B12, B6, B3, B1); infections and inflammation  (such as Lyme disease, Bartonella, Mycoplasma); medication side effects, to emotional problems (stress, anxiety and depression).
It is important to note that there are different types of memory. One type, called procedural memory (remembering an organized procedure such as how to tie your shoes) is quite durable and the last to go. The other main type, declarative memory, is more vulnerable to disruption. This type of memory allows you to declare what you know: to recall and express information. Both types of memory are dependant on the adequate function of various parts of the brain, including the higher centers of the brain called the cortex. One part of the brain cortex, which is very vulnerable to stress, is called the hippocampus. Over time, high levels of anxiety, depression, and other stresses can actually shrink this part of the brain. And while it can recover (it takes time), it is best to deal with the problem as soon as possible.
As a rule, the people who come to me always complain of memory problems. Typically they report having difficulty with names, simple math, problems with short-term memory (which I think of as ‘room to room’ memory-you go into a room to do something, and by the time you have gotten there, you forget what it was you were looking for), and sometimes more severe memory problems such as an inability to recognize familiar people, or find words. By checking into all the factors that contribute to memory formation, factors that allow our neurons to work properly, and reducing the stress, anxiety and depression, the memory functions frequently but gradually come back. Like many problems in life, however, its always easier if one ‘nips it in the bud’.
If you are experiencing any symptoms of depression or other emotional disorders, please have your doctor rule out physical causes as part of the evaluation.
Post TagsDementia
Prev Post