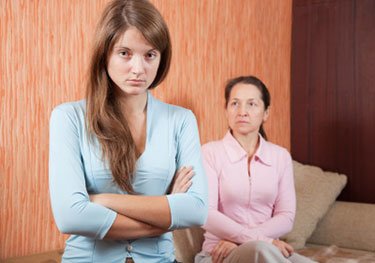 If you are reading this, you are probably a parent, a teacher, or perhaps even a teen yourself. In any case, you feel confounded by unpredictable and volatile behavior, emotions which seem to arise like tornados from out of the blue, and a parade of identities which seem to change as fast as a runway model’s wardrobe. What causes all this chaos and confusion? In this article I will summarize some of the new research findings, which shed light on this most vibrant phase of life in the teen brain.

The structure of the brain

I often describe the overall structure of the brain as an ice-cream cone with two scoops. The cone itself is the most primitive part of the brain, called the brain stem. It controls basic functions such as alertness, breathing, blood pressure, and body temperature. Sitting on top of the cone sits the first scoop-the emotional brain (called the limbic system)- which is involved in hormonal control, memory, as well as automatic (and usually unconscious) emotional reactions. The second scoop is the conscious, thinking, planning, brain (called the cortex).

If we look deeper, or microscopically, into the brain, we see that there are millions of nerve cells, which, like streets and highways, are connected to each other. If you visualize a map of the United States showing all the highways as well as primary and secondary and even tertiary roads you can get a feel for a few things. First, not only are there many, many roads, but they seem to converge on certain points we call cities, towns, and neighborhoods. In the brain these points of convergence are called nuclei. One of the major nuclei in the brain is called the amygdala. This nucleus controls rage, fear, and sex. It also tells us (before we are consciously aware) whether a situation is safe, exciting, or dangerous, and our body reacts (again, before we are aware) immediately to this unconscious reflex. This assessment of the situation is based on early childhood experiences.

During the teen years, under the influence of massive new hormonal messages, as well as current needs and experiences, the teenager’s brain is being reshaped, and reconstructed. Information highways are being speeded up (a process called myelination), and some old routes, closed down (this is called pruning); some are re-routed and reconnected to other destinations. And above all, old information highways are making lots of new connections to other highways, and other cites and towns (this is called sprouting). It’s a massive construction project, unlike anything that occurs at any other time in life. In such as situation, things rarely flow smoothly, and surprise destinations thrive. This reconstruction explains why the personality and stability that was evident just a year or two before adolescence recedes, and suddenly new perspectives, and reactions abound.

One of the important things to remember is that what a teen does and is exposed to during this critical time in life, has a large influence on the teen’s future, because experience and current needs shape the pruning and sprouting process in the brain. So if a teen is playing lots of video games, this will shape the brain in such a way that they might become an excellent fighter pilot, but becoming an accountant or researcher will be less possible. Being the class clown will help make a good sales person later on, and running for class president will develop brain skills that are needed to run a business or take on a management position. Being exposed to drugs, computer sex, or violent movies, will also shape the brain and future of the adolescent, laying down the seeds of addiction and interpersonal conflict.

Because of all the change that is occurring in the brain, as well as in their social and academic world, teens have a deep need to define themselves, to clarify who they are, and what they stand for. As they are losing their pre-adolescent identity, they are desperate for a new identity. This search can have constructive or destructive aspects to it. Often the new identity is supplied by their peer group, for better or for worse. Because the teen doesn’t know clearly what they want or what they can do, they like to try many different things. This helps them discover what works for them, what feels right, and who they are becoming. The parent-teacher role is to allow and encourage safe exploration.

The constructive approach to identity formation, which should be supported by parents and teachers, is to try new hobbies, take new classes, get involved in new organizations. Supervised exploration of new territory should be encouraged. Teenagers need guidance not unrestricted freedom. They need novelty, but within bounds.

On the other hand, one common, easy, but non-productive way to define one’s identity, is to do or be the opposite of what the parents are, and to become involved in non-supervised activities. Mom and Dad like going to Shul, so I will sleep late on Shabbat. It is inevitable that there will be a clash and limits will be tested. I advise parents to make the limits reasonably narrow. It’s better for an adolescent to argue over whether they have to go to shul, than whether they can stay out with friends until one AM.

One part of the teen brain that is undeveloped until the mid-twenties lies in that second scoop of the ice cream cone. This is called the pre-frontal cortex (PFC). This part of the brain, when fully developed, is in a constant dialogue with the emotional brain (the limbic brain). In the adult, the PFC and the limbic brain are in balance, each one inhibiting the other. So when an adult has an emotional reaction to being cut off by a speeding car, the PFC part of the brain says-“Hey, stop, and think about your desire to go speeding after that car. You might get a ticket, you might cause an accident, your insurance rates will go up”. For the teen, however, the PFC is undeveloped, and the emotional brain (including the amygdala mentioned above) rules the moment, until the PFC is developed in the mid-twenties. The teen thinks: “This is going to be exciting!”—if he thinks at all. Auto insurance companies figured this one out long ago.

One highly effective way for parents and teachers to help teens develop the PFC is to make sure they have some ‘skin in the game’, and to make them deal with the consequences of their actions. This takes some thinking ahead (a PFC function) on the part of the adults, about the new freedoms and responsibilities that their teen will have. In the case of driving, for example, it is useful if the parents prepare the pre-adolescent with the idea that they will have to save up some money to pay for a car, insurance, gas etc. If the teen ever gets a parking or speeding ticket, they need to know that they will pay for it. Letting the teen know this in advance, is in a sense, loaning the teen our frontal lobe functions.

One of the most overlooked and problematic issues for teens is nutrition. The amygdala and other areas of the brain undergoing myelination (to make those connecting superhighways operate really fast) require healthy fats. That means fish oils. My grandfather from Aleppo some how knew that fish was brain food. Modern research has shown this to be true. High levels of these omega 3 fatty acids are associated with less depression and suicide, and many other health benefits too numerous to mention here.

Also, extremely important for the growing teen is making sure the brain gets enough zinc. Zinc makes the mood regulating chemical, serotonin, function properly. If there is too little zinc, often there is too much of the novelty-seeking chemical, dopamine, and even the overstimulating, anxiety-producing chemical, glutamate. Getting enough zinc is a challenge for teens because their growing bones take much of the body supply of zinc, leaving the brain in short supply. This shows up as irritability and moodiness, as well as zinc spots (white spots) on the nails. Giving the teenager a zinc supplement (enough till the nails clear) and a B50 complex can make a very significant difference in moodiness as well help clear up their skin. Add some fish oil capsules and you have some good support for the teen brain.

What doesn’t help the teen brain at all, are alcohol and drugs. For many reasons, including the fact that the teen brain is changing at such a rapid pace, new experiences that are pleasurable (e.g., music) very quickly become habits. Thus the teen will become addicted to substances much more easily than an adult will. Alcohol and drugs cause a Swiss cheese like change in the brain, so that some areas function normally, and others, like the holes in the cheese, under-function to a large degree. This change occurs throughout the brain, but the PFC is markedly affected, (where they are most undeveloped.)

Every Teen is Unique

Remember every teen is different and requires a different approach. If your teen is a responsible and diligent student, and has well adjusted peers, you might be more than willing to send them to college or on a teen tour. On the other hand, if they are showing more signs of impulsivity, which means an undeveloped PFC, they might not be ready to be on their own, with the unrestricted freedom. Strive to see what the best qualities of your teenager are—where their uniqueness lies—and help them find it. It’s the best you can do for the teen you love.

Letter to the Editor of the New York Times

Scrub the Soap to Save Your Thyroid?