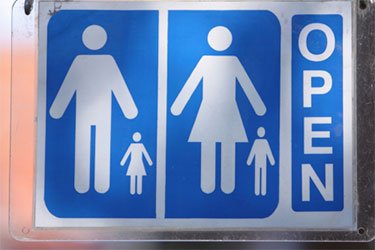 The Dissolution of Gender

It is nothing short of astounding that after millions of years of human history, the fundamental facts of human gender are becoming blurry. There are many reasons for this, but one, which I have not seen discussed, as likely a cause, is the influence of endocrine disrupting chemicals (EDC’s). EDC’s are new-to-nature substances (chemicals) which are used in medicines, as pesticides, herbicides, plastics, and various industries.
Rachel Carson, in her seminal book, “Silent Spring”, was the first scientist (others are Theo Colborn and David Skelly) to warn that chemicals (from estrogens in our water supply and other new-to-nature molecules) have an impact on sexual development in animals, and perhaps (quite likely as logic would have it) humans.
David Skelly’s work has shown that these endocrine disrupters cause frogs (in certain bodies of water) to have a very large percentage of female characteristics. They are labeled “intersex” or hermaphroditic, and these traits have been linked to these EDC’s, of which there are thousands. Many of these chemicals have been detected in amniotic fluid.
It a reasonable hypothesis that the subjective disturbances of gender identity confusion are the psychological manifestation of altered gene-neuro-humoral signaling caused by the chemical soup we live in. Exposure to EDC’s, especially early in development, have been linked to obesity, diabetes, cardiovascular disease, disease of male and female reproductive health, certain cancers, and thyroid dysfunction (1).
Additionally, studies of pregnant women who lived near Lake Michigan, where concentrations of polychlorinated biphenyls (PCBs) were relatively high, revealed that children of mothers with the highest exposure levels were much more likely to have lower average IQ levels and poorer performance on reading comprehension. (2). This is just one of 14 studies that have linked various EDC’s to altered neurodevelopmental and cognitive outcomes. (1)
Here’s a summary of the known effects of EDC’s on the brain, taken from the reference below (1):

This hypothesis, which clearly needs to be substantiated, can lead to a more productive dialogue around gender identity disorders, removing the issue from the psychological realm, which is only one aspect of the problem. There will be less blame and judgement, less guilt and shame, more respect and compassion. Recognition of the likely link between EDC’s and gender identity disruption might also motivate a change in some of our laws, which are too permissive of these chemicals’ presence in our lives

Dr. Robert Hedaya Explains How to Use Genetic Testing Medically