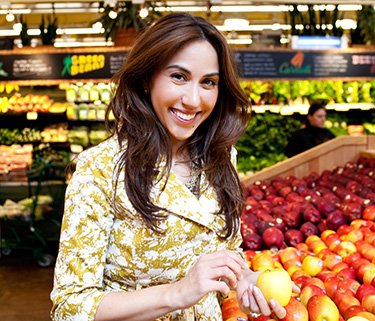 Nutrition and Depression: State of the Science and Treatment, Part 1

Efficacy and Use of Medications in the Treatment of Depression

It is becoming widely recognized that the current treatment of mood disorders (such as depression), while offering better outcomes than several decades ago, leave much room for improvement. The remission rate at the end of the first phase of the well-publicized STAR-D study (1) was only 25%.

In fact, a recent review of 4 meta analyses of the effectiveness of anti-depressants by PIGOTT(2) found that of the 4041 patients initially started on citalopram in the STAR=D study, (after 4 trials of medication combinations and psychotherapy), only 108 of those who remained in the study for a full 12 months achieved full remission. This suggests that when it comes to antidepressant efficacy, we are looking at a 12- month remission rate of 2.7%. Of course, it’s probable that some of the dropouts from the study had remission, but the numbers are still staggering.

Furthermore, there is a strong trend among psychiatrists to treat patients with multiple medications (using the cancer chemotherapy model of multiple agents with different mechanisms of action).  There is also a growing use of these medications in the pediatric population.  Given the low rate of full recovery and the side effect burden of anti-depressants (e.g., metabolic syndrome, elevated cholesterol, loss of libido, possible osteoporosis), as well as the unknown consequences of long term use of these medications in adults and children, it is clearly incumbent upon practitioners to consider additional avenues of treatment, such as nutritional intervention, immune and gastrointestinal modulation, removal of toxic burden, and endocrine function.

In this 4-part article, we will focus on the rational supporting a nutrition approach to depression, as well as a review of those nutrients.  Bourne (3) provides an in-depth look at the micronutrients required for brain structure and function.

First, as we all know, neurotransmission plays a role in mood. Neurotransmission is a process which is dependent on having adequate ‘ingredients’ to synthesize neurotransmitters (NT’s) such as serotonin (Ser), dopamine (DA), norepinephrine (NE), acetylcholine (Ach), and glutamate (Glu). A partial list of nutrients required for synthesis of NT’s includes amino acids (tryptophan, tyrosine, glutamine), minerals (zinc, copper, iron, magnesium), and B-vitamins (B6, B12, folic acid).

In support of the need for adequate amino acids are a series of tryptophan (4, 5) and tyrosine depletion studies, which show that about 60% of people who have already responded to a serotonin re-uptake inhibitor will relapse when tryptophan is removed from the diet-within 5-6 days. Tryptophan depletion has no effect on responders to buproprion, which acts via NE and DA.  However, these people did relapse within 5-6 days when the building block amino acid for NE and DA (tyrosine) was removed from the diet.
The clinical take away from this is to always make sure serum levels of tryptophan and tyrosine are adequate (unless the patient is suicidal) before using an anti-depressant, or giving up on one. It is important to note that one can be eating plenty of protein, yet because of reduced stomach acid (hypochlorhydria), excessive use of antacids, reduced secretion of pancreatic digestive enzyme, or bacterial overgrowth of the small intestine, one can still be deficient in essential amino acids.

Once we have assembled the necessary ingredients to make NT’s, we must have certain cofactors so that the action of the NT at the receptor is efficient.  Zinc is present in particularly large concentrations in the mammalian brain.  Brain zinc is located in pre-synaptic terminals.  Adequate levels of zinc are necessary for action of synaptic vesicles in some gluatamatergic and serotonergic neurons.  It is released with neural activity probably as a modulator of synaptic transition.

In teens, during the growth spurt, zinc is taken to the bones for growth, thereby depleting the brain; this reduces serotonin function at the receptor.  Clinically, this will be seen as irritability, depression, acne, and zinc spots (white spots) on nails. According to Maes (6-8) “lower serum zinc in major depression is a sensitive marker of treatment resistance and of the immune/inflammatory response in that illness.”  Additionally, in animal models of zinc deficiency there is impairment of whole body accumulation of Omega 3 polyunsaturated fatty acids. (PUFA’s). On the other hand, excess levels of zinc are associated with neuronal loss (9), and zinc levels fluctuate inversely with copper levels.  Because of this, levels need to be monitored.