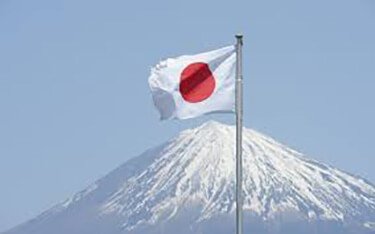 Japan and Radiation: What should you do?

With the ongoing release of radiation into the atmosphere from the damaged Japanese nuclear facilities, many people are wondering whether they should protect themselves as well as what they can do to protect themselves and their families.  Some authorities expect the radiation to spread from Japan in an easterly direction, to the west coast of the United States, while others state that the thousands of miles between Japan and the west coast, will protect the US population from any harmful effects. It seems very likely, that the thousands of miles will in fact dilute the radiation significantly.

In the United States the Three Mile Island nuclear accident was the worst nuclear disaster we have experienced.  To determine the effect of this radiation exposure on the population a 2002 study conducted by the University of Pittsburgh determined that the average radiation dose to individuals was less than the average annual radiation people receive on a routine basis. Twenty-five years after the accident, the researchers concluded that there was no increase in cancer deaths.  However, another analysis conducted by the Radiation and Health Project has found that death rates for infants, children, and the elderly rose significantly in the two years after the accident.

Based on the above and other conflicting opinions, there remains a question about the real effects of nuclear accidents in the short and long term.  In Japan, the accident has involved five nuclear reactors.  So, it is worth educating oneself about the potential risks.  There is no question that large amounts of radiation over time can increase one’s risk of cancer.  Acute release of radiation can cause radiation sickness, which affects the most rapidly dividing cells in the body-the gut, hair, the thyroid, the blood system, the reproductive system and the heart. The most vulnerable are infants, young children, young adults, pregnant women, and the elderly.

One of the measures recommended to protect oneself from radiation’s negative effects, is the use of potassium iodide.  This will protect one from thyroid cancer, when taken quickly after exposure.  This is most likely to benefit those who are in the immediate and surrounding areas of the nuclear event. The further away from the exposure the lower one’s risk, and therefore the “cost benefit ratio” shifts against using the potassium iodide. Excessive doses of potassium iodide can cause severe illness, and people who are allergic to iodine should not take it.  People with some skin conditions can be harmed by it, and should consult their doctors regarding the safety of use.  Check out the FDA website (under emergency preparedness) for more information.