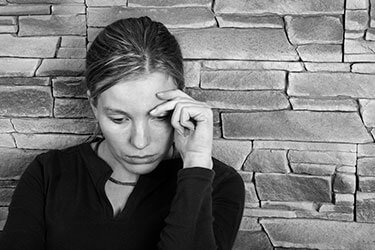 Highest Rates of Bipolar Disorder in the United States: Why?

Bipolar disorder has a strong genetic component. Depending on which studies you look at, the genetics account for anywhere from 40-60% of the vulnerability. While that seems like a high number it also means 40-60% of the risk of developing the disorder  despite having the same genes comes from the environment. Only 40-60% of  every set of identical twins will develop the disorder. So what is it that could be triggering this high rate of bipolar disorder in the US?

Let’s look at this problem from the ‘macro’ to the micro’ levels. On a socio-economic macro level, the US, as the largest and most industrialized Western society, has a somewhat exagerated culture. First, we have the largest gap between rich and poor, so the economic stresses on a large part of the population are greater than in other western societies. This translates into psychological stress, more substance abuse, poorer quality nutrition, and fragmentation of the family. Early child hood rearing is more likely to be by a day care center -which is inherently unstable (people change centers or caregivers change in a center) and impersonal. There is a higher likelihood of bullying and reduced supervision.

The result of all this is impaired social bonding in those who are particularly vulnerable. The poor nutrition results in imparried metabolic functioning (now we are into the micro level), trouble making or breaking down neurotransmitters, more likely infection and inflammation (which change brain chemistry). This is a simple overview, and many books could easily be written about this subject (in fact I have written three books myself on these factors). Suffice it to say that the most vulnerable among us pay the price for our imbalanced society. Included in that group are the young, the ill, the genetically vulnerable, and the elderly.

Can a Brain Be on Fire?