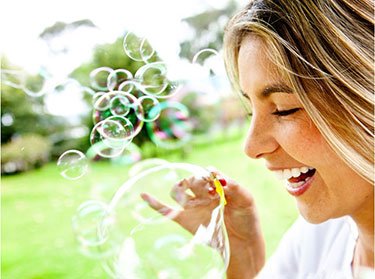 Treating underlying causes of depression has positive side effects.

As a clinical psychopharmacologist and the pioneer in the application of functional medicine to neuropsychiatric disorders, I have decades of experience successfully treating treatment-resistant depression. If you or a loved one suffers from depression that doesn’t seem to get better no matter what medication you take or psychotherapy you receive, read this article.

The prevailing attitude in mainstream psychiatry is that between one-half to two-thirds of people with depression do not have a full recovery from their depression, despite the use of psychotherapies such as cognitive behavioral therapy and interpersonal therapy in conjunction with one or more medications. More than 1/3 fail to improve with the standard of care approach—which is medication and therapy. For these people, more extreme treatments such as electric shock therapy (ECT) is often suggested. ECT can be very helpful for carefully chosen populations, but also fails to help many people. Recently, rTMS –which is repetitive transcranial magnetic stimulation has been touted as a treatment. The problem with this treatment is the high cost, the very high relapse rate—about 50% within 6 months, and the fact that many of the studies are funded by the companies which make the magnetic device.

So let’s look at the problem of depression.  What causes a depression to be resistant to treatment? The answer is fairly straight-forward. The most common cause of treatment-resistant depression is a failure to identify and treat the underlying biological causes of depression.

In 2002, after the publication of my second book, “The Anti-Depressant Survival Program”, I was swamped with patients who were suffering from depression. Literally, hundreds of people were contacting me because their medications were not working, or they wanted to avoid medication all together. Over the course of about 2 years, I used the functional medicine approach for these people, without resorting to the medication merry-go-round.

Other Diseases Get Better Too

Over time, I became astounded, because it seemed that not only were treatment-resistant depressions getting better but other accompanying diseases, such as Type 2 diabetes and osteoporosis were clearing up. I began to doubt my perceptions. I wondered whether I was selectively paying attention to the positive results and ignoring my failures — something called confirmation bias.  So, I hired a statistician to go over the previous 23 patients I treated for depression — leaving no one out. He was instructed to score the Beck Depression Inventory, which we measured at every visit on each patient and analyze the results. His analysis revealed that at the start of treatment the mean Beck Depression Score was 34.2—which placed most people in the severe depression range. At 10 months, after using Functional Medicine, the mean Beck Depression Inventory was 7.4. During the treatment for all these cases, except one, I made no change in medication. The conclusion was quite clear. A strong Functional Medicine program can effectively resolve treatment-resistant depression.

Now, if you are a science geek who likes to understand exactly how this works, keep reading because I am going to go deeper.

The functional medicine psychiatrist assesses chronic illness by using a data-based evaluation of a number of systems. These include:

The bottom line is that Functional Medicine involves addressing the root causes of the depression, as well as the factors that maintain and mediate the depressive biology.

One important and often overlooked cause of chronic, severe depression is chronic overactivation of the inflammatory components of the immune response. Because of this, identifying the causes of inflammation and treating them often has a dramatic effect. Let me go a bit deeper into this so you get an idea of the biology.

The immune response is triggered by many things. Quite often, long-term, chronic infections in the gut, sinuses, environmental mold, yeast infections, or tick-borne diseases such as Lyme, play a role. Even viral illness may play a role. On average, my patients with treatment-resistant depression have 4-5 chronic infections. These infections set up the vulnerability factors which we, in Functional Medicine call ‘antecedents’. These can include genetic vulnerabilities, called SNP’s or single nucleotide polymorphisms.

One such example is the NR3C1 corticosteroid receptor, which is a regulator of stress adaptation and inflammation. Some patients with depression have abnormalities in these NR3C1 genes causing life-long issues, easily adjusted for, once you know where the problem lies. There are many other relevant SNP’s.  Additionally, there can be epigenetic changes caused by trauma, there often are methylation defects such as high levels of S-Adenosylhomocysteine, toxic insults, mitochondrial dysfunction, and more.  All of this is relevant to inflammation and depression.

One of the various biological pathways that are disturbed in such situations is an enzyme called indoleamine 2,3 dioxygenase –IDO for short. When IDO is activated, it shifts the breakdown of tryptophan in the brain towards an alternate pathway, so that more kynureneine and quinolinic acid are produced and less serotonin and melatonin are produced. In healthy people, 95% of tryptophan in the brain is broken down by activated IDO. But when high levels of inflammatory immune components cause excessive activation of IDO in the brain, people experience a form of neurotoxicity known as excitotoxicity. Excitotoxicity occurs when the excess quinolinate activates the NMDA receptor on neurons, due to a relative failure of the astroglia to clear glutamate, allowing an excessive influx of calcium into neurons via the receptors. When tryptophan is processed this way, more than it should be in some parts of the brain, it results in elevated levels of these tryptophan byproducts that excessively activate the NMDA receptor and/or AMPA receptor. Very severe depression and anxiety can occur when this happens. To make matters worse, depletion of serotonin and melatonin further exacerbate the depression.

Imbalances in tryptophan byproducts can also be caused by nutritional deficiencies. For instance, after tryptophan is broken down into L-kynurenine, it will be broken down into a neurotoxic free radical producing byproduct called 3-OH-KYN if a certain B vitamin is insufficient. Aside from this aspect of the disturbed inflammatory biology, one may also have, depending on other biological factors such as diet and genetics, decreased tetra-hydro-biopterin, as well as excessive production of peroxynitrites, and superoxide radicals which can do damage to the energy-producing mitochondria in the body and brain.

So addressing the cause or causes of inflammatory signaling, rather than just prescribing a drug to boost serotonin levels—is an example of a functional medicine approach to treating depression. In fact, it is highly unlikely that a drug will work in such a situation for the simple reason that the SSRI medications require enough serotonin to be present to work on. But with inflammation, by definition, brain serotonin levels are deficient. In Functional Medicine, this approach is applied to all the other systems I mentioned above. And of course, we are still learning.

Let me also mention that in addition to the above inflammatory cause of reduced serotonin, the cause of reduced serotonin signaling may be found in a diet which has inadequate protein or if a person has an inability to digest protein — which often occurs with age — or the use of acid-blocking medications. Another cause of disturbed serotonin function is zinc deficiency, which causes a disturbed conformation of serotonin receptors, aside from immune and memory impairment, and reduced testosterone production. Also, some people have genetically defective serotonin reuptake pumps, which are too active, reducing serotonin in the synapse and reducing the likelihood of their responding to selective serotonin reuptake inhibitors.

From this limited and basic overview, which only addresses one aspect of what causes so-called treatment-resistant depression, it should be clear that basic science has now enlightened us as to the underlying biological causes of depression, and this information takes us way, way beyond the outdated and inadequate neurotransmitter, neuro-centric model of depression. And of course, the same applies to all neuropsychiatric disorders and even other chronic medical conditions.

The functional medicine approach is, when it comes down to it, common sense based on established basic science. To a greater and greater degree, I have used this method simply as a matter of common sense, years before I knew that the term for this approach is “Functional Medicine.”

I hope this rather technical explanation has been helpful to you. With depression and suicide at epidemic proportions in the Western World, this is information which needs to be widely known, so please, I encourage you to send this on to as many people as you know. Since one out of every 12 to 15 people has a depression, you can save a life, provide hope, and much needless suffering.

If you would like the help of a functional medicine psychiatrist look online or go to the Institute for Functional Medicine website, then go to the ‘Find A Practitioner’ tab, use the ‘Advanced Search’, and make sure to check the box for ‘Certified Practitioners’ only.

Why Not All Mental Health Problems Are Psychological