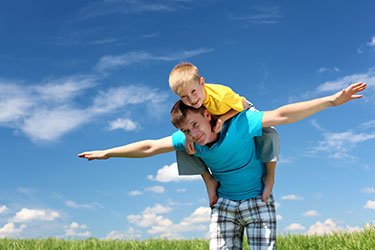 Bill is a 27-year-old physicist with bipolar SAD, type A. He agreed to take lithium, which eliminated his springtime hypomania, but only partially alleviated his winter depression. Light therapy was added with good results. After three years, Bill married, and two years later he and his wife decided to move to a farm, which is at the same latitude, essentially, as his home of origin (the frequency of SAD goes down as one moves toward the equator and sunlight increases, and vice versa). I will never forget the conversation Bill and I had after his second year on the farm, because the transformation was so remarkable.

“Doc, I gotta tell you, I finally felt like I was ready for this fall!”

“What do you mean?” I inquired.

“Well, I worked all spring and summer—from dawn till after dark in the fields. It was really hard, but I was out there all day. When fall came, I was really ready for it! I’m really in synch with the seasons now! I’m looking forward to the winter for the first time in my life. I need the rest and relaxation, the short days and long nights. I’m looking forward to it!”

I have followed Bill over four years since that phone conversation, and he has not had one depressive episode since, despite the death of his mother two years ago.