Take out the bad, put in the good.

Whether you call it ‘ReCode’ (per Dr. Dale Bredesen) or Dr. Hedaya’s FX-HYLANE Brain Recovery Program, this is a scientific, data-based approach to restoring optimal brain function in people with subjective and mild cognitive impairment as well as neurodegenerative disorders such as Alzheimer’s and other forms of dementia.

Dr. Hedaya’s FX-HYLANE Brain Recovery Program, and the ReCode Program are based on the principles of Functional Medicine. Dr. Hedaya has been using this program for reversal of dementia since 2009, when he successfully reversed a case of mid-stage dementia (a 63- year old women who was getting dressed in the morning and putting her bra on over her shirt).

In this very personalized and thorough approach we identify all health-damaging factors, and correct them. At the same time, we identify and replace or restore what is needed to support restoration of brain health. Early intervention aids recovery of brain function, and importantly, brain resilience.

There are 4 Sources of Damage to the Brain 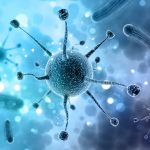 1.  Inflammatory agents and processes (Diet, Infections, Mold, Genetics): Evidence is abundant that we live in a balance with bacteria and viruses. However, evidence is also abundant that chronic low-grade infections cause deterioration in brain function. In fact, it is now thought that the ‘excess’ levels of beta-amyloid found in Alzheimer’s disease, are actually the body’s anti-bacterial response to low-grade infection in the brain. 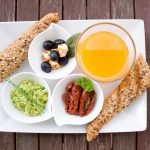 2. Diet, nutrition, and hormones: The typical western diet leads to the development of high blood sugar levels, damaging fats, cardiovascular deterioration and nutritional deficits. As a result of this, and other factors, hormones which are needed to maintain normal brain function begin to fail. 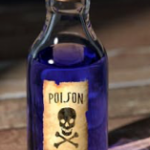 3. Chemicals and toxic metals: We live in a world filed with thousands of synthetic chemicals. Many of these are toxic to our bodies, and in particular, to our nervous system. Many of us are routinely exposed to heavy metals such as mercury, lead, cadmium, tin, and arsenic. In high levels these metals impact nervous system function (e.g., certain forms of mercury prevent the growth of new brain cells). Depending on one’s genetic vulnerabilities, life experiences, and dietary habits, the body may be able to buffer the negative effects of these chemicals and metals for many years. Typically, however, the accumulation of chronic damage to the nervous system, adds vulnerability which is unmasked during times of stress.

4. Stress and Sleep: Relationships, attitudes, and finances are common sources of stress. Other more hidden sources are sleep disorders, which is equivalent to a biological toxin, or chronic pain.