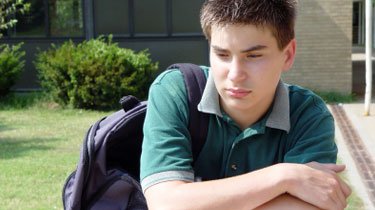 John was a very bright young fellow who was heading off to an Ivy League university in the fall. He was suffering from very severe OCD since 4th grade. He had tried Cognitive Behavioral Therapy, however it didn’t help. He refused exposure and response prevention therapy. Eventually, his OCD became so severe that he refused to extend his elbow because of his belief that such an action would cause harm to someone he loved. He also refused medication.

John’s physical exam revealed an obvious contracture in his right elbow, with the right hand being cyanotic and colder than the left. His skin was dry, with severe acne on his face and back. His tongue was coated white, suggestive of Candida overgrowth, and his throat was red. He had bilaterally swollen cervical lymph nodes, white spots on his nails, hyper-pigmented scars suggestive of excessive ACTH output and adrenal insufficiency. He had chronic sinusitis.

In summary, my initial evaluation, (a three hour history and physical and laboratory testing), suggested problems in the areas of nutrition, digestion and immune/inflammatory processes. I suspected genetic problems in his methylation.


Now Willing to Do Everything

John was now willing to implement all of the recommendations because he had an understanding of what was causing his problems. He was a model patient. At his first 1st visit to review his lab results in May of 2007 I recommended L-tryptophan, D, B-vitamins (per his test results), high dose L-methylfoalte, inositol, three antibiotics for infections, candidiasis as well as anti-parasitics, probiotics, and a medical food product to support healthy bacteria and strengthen the gut-immune barrier.

Sleep back on Track

At his 2nd Visit on June 23rd 2007 he reported that his GI problems were gone, and his sleep was “back on track”, however his anxiety was unchanged. I recommended exposure and response prevention therapy.

At his 3rd Visit on July 19th 2007 he had had exposure and response prevention therapy and he reported his anxiety was “way down”. His headaches—which he had not told me about earlier—were gone. His sinuses had cleared completely.

By August 21st of 2007, John was still on his antibiotics, and he reported that the OCD was “ a million times better”, and no longer interfering with his activities”. He later was able to do cognitive behavioral therapy with exposure and response prevention.

Free of OCD without Medication

At follow up 3 ½ years (after his father’s death) he continued to be free of OCD, however at that time he was having some anxiety, which a short course of CBT was able to address. No medications were used in his treatment.