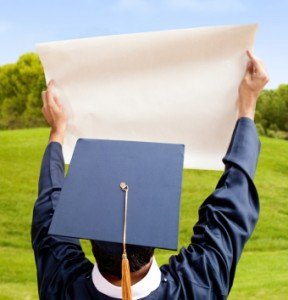 Top Student Sidetracked by OCD
Despite being handsome, tall, personable, and a top student at Yale, Mark was silently struggling with an intense need to count to 100 every time he had a “bad thought”. This he told himself, reduced the thoughts from taking over. What’s more, he had difficulty socializing with his friends, without unobtrusively washing his hands for fear of contamination. And the back of his head had patchy baldness—the result of years of nervous hair pulling (a tic like behavior), so he always wore a large baseball cap. As his life was grinding to a halt, Mark had begun to feel depressed and hopeless. He had tried medication, but could not tolerate it. Talk therapy was of little benefit. Finally, after 4 years, Mark came to my office with his parents, desperately hoping to get some relief without the use of medication.

Troubled Physiologic Systems
After a thorough 2 and ½ hour evaluation, I immediately put Mark on a supplement (Inositol) proven to help with OCD. This would take several months to work, but along with exposure and response prevention, I thought we would have a good foundation for healing. On the history and physical exam, it became clear that Mark was having trouble on other fronts. His diet was very poor, and he often had vague stomach pains, gas, and indigestion. He was usually fatigued and complained of increasing memory problems, which he had to workaround. His normally sharp ability to calculate in his head had diminished significantly. He couldn’t handle the increasing stress of school life and was considering taking a leave of absence. His sleep was generally less than 6 hours per night, and he used a great deal of caffeine to keep himself going, but was still exhausted. Mark’s muscles were weak when tested and his reflexes were sluggish. He was hoarse and generally looked like a rag doll, with poor posture.

Family History of OCD
Not surprisingly, Mark’s family history had evidence of other OCD spectrum disorders (his mother was compulsive clean in the home and a worrier, his two of his older sisters had eating disorders, a cousin was possibly autistic, and the maternal grandfather was a compulsive gambler).

Work-up Leads to Answers
Based on the findings above, and the fact that the immune system may play a critical role in OCD, Mark agreed to a workup. The results were astounding and also hope-inducing. Mark had 4 infections (salmonella, chlamydia, candida, and bartonella), 30 food allergies, was sensitive to gluten, and had a number of markers indicating that his body was very inflamed. Additionally, Mark was deficient in several essential nutrients including essential amino acids (tryptophan and tyrosine) and amino acids involved in neuroendocrine function (l- serine, taurine, tyrosine), omega three fatty acids, vitamin D, Vitamin A and beta-carotene, and CoEnzyme Q10. Marked showed evidence of gastrointestinal malabsorption. Finally, he was demonstrating hormonal problems in the thyroid axis, melatonin production, and the adrenal hormonal axis.

Treating the Causes
Mark, with the support of his mother and father, embarked on a comprehensive program to correct his gut, clean up his diet, replace the missing nutrients, and treat the infections. Together with the Inositol, and the psychotherapy Mark’s life turned around dramatically.

Results in Healing
This program was worked on for 6 months, and by the fall, Mark’s OCD was “95% gone”, his energy and cognitive function were back, and Mark felt like a new man. His thyroid and adrenal hormones had returned to normal, although he continues to take melatonin. He has remained off medication, has developed social life, and has a girlfriend who will graduate from Yale with him at the end of the next semester.