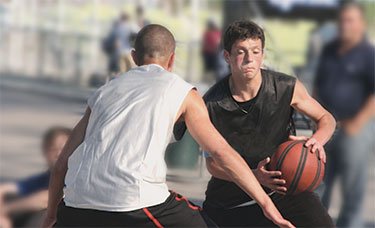 Brody had a recurrence of panic disorder after 20 symptom-free years. Brody was a funny really warm-hearted young man. When I first met him, 29 years ago, he was 19. He was sent to me after he had been hospitalized for depression and panic attacks. He was given Nardil in the hospital and I then treated him with Cognitive Behavioral Therapy [CBT] and group therapy.

When Prozac came out, in 1988, I put him on it. He was stable and so soon I was seeing Brody three times a year.

Eventually, he married, and then his wife developed chronic and severe rheumatologic illnesses and his father died. Brody was stressed. Soon, had to take over his father’s retail shop, which meant he had to leave his career as an artist. His mother, who was still alive, was extremely difficult to deal with. Over the course of 18 months, Brody put on 35 pounds had borderline diabetes, and metabolic syndrome. To top it off, in 2005, he developed reflux, and his internist gave him Prilosec.

Brody was on the Prilosec for three years, when in 2008, his panic attacks resumed in full force. He was literally terrified he was going to end up in the hospital and lose his mind, his income, and his family.

Prozac Burn Out Not a Diagnosis

I remember that day because he came in, with his self-diagnosis and said, “I think I have Prozac poop-out”. I explained that Prozac burn out is a reflection of an underlying process, and is not a diagnosis. When medication stops working after months or years of effectiveness, something else must be going on. Brody resisted this idea and work up for about one year.

Root of the Problem

Finally, agreeing to get to the root of the problem, we discovered that he had become B12 deficient because Prilosec reduces B12 absorption. So, in essence, there was a chain of events, a domino effect: stresses in his life resulted in over-eating, which resulted in being medicated for reflux. The medication then caused depletion of a nutrient critical to nervous system function and he was terrified which manifested as panic attacks.

I gave him B12 and the panic attacks went away. He agreed to work on metabolic syndrome. He subsequently lost 43 pounds by correcting his diet and developing a daily exercise routine—doing martial arts with his daughter.