Journey from Postpartum Depression and Panic Disorder to Wellness 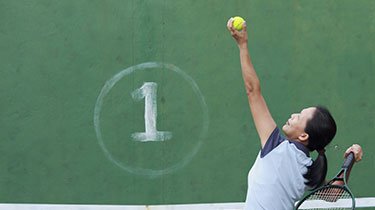 High Functioning Businesswoman
When Janine first came to see me she was 35 years old, and had just delivered her third child. As a former businesswoman, her transition to full time mom had been very rocky. One of the first things she said to me was, “I was high functioning until 3 years ago.” I was glad she told me this, for it gave me a baseline sense of who Janine was as a person in this regard.

Pregnancy Complications, Depression, and Panic Attack
She went on to detail her medical history: “During my pregnancy with my son, my third child, I was hospitalized with both pre-eclampsia and dehydration. Shortly after the delivery of Scotty, I developed depression, and after 18 months without any treatment—I didn’t know what I was suffering from. I had my first panic attack…”

Hospitalized for Depression and Panic Attacks
Janine was hospitalized 4 times for depression and panic attacks before her visit to me, and had two courses of shock therapy (ECT) with minimal benefit. She was on four medications: Clozaril, Depakote, Lorazepam and Wellbutrin.

Came to The Center for Whole Psychiatry + Brain Recovery
During the extended evaluation I conduct with patients, (history and physical) Janine complained of: migraines, deadening of emotion, extreme sedation, a 50-lb. weight gain since being on medication, trouble falling asleep despite her medications, Constipation/diarrhea, dry skin, peripheral edema and impaired concentration. Her Beck Depression Inventory (BDI) was 29, indicating a depression of high-moderate severity.

History Reveals Hormonal Problems
A very careful history and charting reveled severe PMS (premenstrual syndrome): She was “agitated and hyper” in late luteal phase (end of the menstrual cycle), and repeatedly experienced mild to moderate depression in early follicular phase of her menstrual cycle (day 1-7). This was misinterpreted by her previous doctors as rapid cycling, and so they put her on valproic acid (often thought to help rapid cycling bipolar disorder).

Family History Reveals…
In reviewing Janine’s family psychiatric history, it was clear that her
maternal grandmother had alcoholism and was diagnosed as bipolar. Her grandmother had one depression which was severe enough tor require shock treatments (ECT), and she was later maintained on lithium. Janine’s mother was described as impulsive and emotional. On the father’s side, Janine’s grandfather suffered form depression and alcoholism, as did her father and two uncles.

Testing Indicates…
As a result of timed hormonal testing we decided to use progesterone supplementation as a way to deal with the female hormone component of the mood and anxiety problems.

Result of Progesterone supplementation:
Janine reports: “On the Progesterone I avoided the down [in the follicular phase]. I felt more normal than in five years.”

Hormones Pinpointed as Necessary to Stabilize Mood
From her response to the progesterone it was immediately clear that stabilization of affective disorder quite difficult in the absence of hormonal intervention, and that her repeated late luteal phase, and early follicular phase mood disturbance appeared as rapid cycling. Studies indicate that such monthly mood cycling may increase the risk of *kindling further episodes and breakthrough mood episodes, which would require, if untreated, additional medication/hospitalization.

Testing Reveals More…
Further testing revealed that the mood cycling occurred in the context of numerous hormonal problems including:
a) Impaired glycemic control (secondary to medication and poor diet, lack of exercise)
b) Hypothyroidism (This was noted in her hospital chart but deemed “mild hypothyroidism not requiring treatment”.)
c) Adrenal insufficiency
d) Low levels of melatonin
e) Ovarian dysfunction

Psychological Effects…
From a psychological point of view, it was clear that Janine’s self-esteem was severely effected by how bad she felt physically, since she had always been health and had vibrant health. Her repetitive uncontrollable monthly mood cycling, medication side effects, the transition to motherhood, and her identification with grandmother, who had mental illness negatively effected her sense of self. Janine was really terrified that she too would be mentally ill.

Reduction of Medication
The treatment course consisted of correction of all of the above factors and Janine was able to come off three medications: Clozaril, depakote and lorazepam. She remained on her anti-depressant and required thyroid hormone. She engaged in ongoing therapy to help her with the motherhood role and her fear of being like her grandmother.

10 Years Later…Janine Functions Quite Well
With a 10 year follow up, Janine has had some episodes of depression, but has never been hospitalized and has been able to function quite well both during and between episodes. Over the course of time, it became apparent that there was a seasonal component to her depression, and because she had the means, she is intending to spend a substantial part of the winters in the south, once her children are out of the home. For now, she uses a dawn simulator, exercises, takes her hormones, supplements, medications, and therapy and is pleased that she is not following in her grandmother’s footsteps.

Take Away Lesson: Get Caring Support

I encourage child-bearing women to thoroughly discuss any mood disturbances with their physicians and their partner. Your emotional well-being is essential to your health, the health of your child, and the stability of your family. Toughing it out is not the way to go. Ask for help and understand that it is not a personal failing or a reflection about how you feel about your child. Caring professional support is available.

*Kindling is a hypothesized process that is relevent to a number of mental health disorders which can return after an inital episode. It has been shown that the occurence of one episode may make another more likely.