Early Recognition that Panic Disorder Can Be Treated without Medication – Joanne 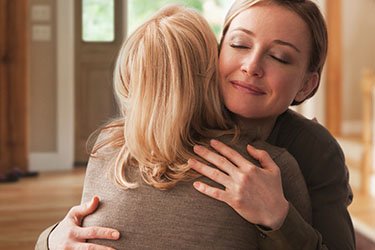 1985 after being in practice for just a couple of years, a patient I will call Joanne, came to me for treatment of a panic disorder. I figured it was a pretty straightforward case that the literature, my experience, and my training indicated should respond to therapy or medication. Joanne was a 50-year-old woman in a bad marriage and her youngest daughter was going off to college. I assumed that Joanne was having panic attacks because of the threatened separations both from her daughter and the possible break up of her marriage.

I thought that a course of Cognitive Behavioral Therapy should do the trick. When that didn’t work, I tried medication. I prescribed Imipramine, which is great for panic disorder. I was sure that would work, but it didn’t. Then I tried another medication – Xanax, and finally, a third medication – Nardil and that didn’t work.

I Was Missing Something…

About a year into the treatment, she paged me on a Saturday night, with a panic attack. I thought, “it’s a year; she should be well by now, what’s going on?” I concluded that I was missing something because she should have been better long ago. So, Monday morning I went into the office early to go over her chart. I looked at the Complete Blood Count I had done when she first came, and I noticed that the size of her red blood cells (MCV) was slightly abnormal. The range was 80-100, and she was 101.

I had ignored this piece of information because it was just slightly out of the normal, and so, doing as I was taught, I assumed it probably wasn’t significant. But, since she wasn’t getting better, as she should have, I had to dig deeper.

I did some research and found that an elevated MCV could indicate a B12 deficiency, so I had Joanne do a Schillings’ test to see if that was the case. Sure enough, it was abnormal.

Cause Pointed to Cure

I put Joanne on B12 injections and her panic attacks cleared within days and never returned. I was amazed but also disturbed, that I had put her through a year of unnecessary treatment, and I started to wonder what else I was missing with my other patients. Gradually I came to learn that the head is connected to the body by this thing called the neck. That is when I knew it was time to look at the connections between the body and the mind.