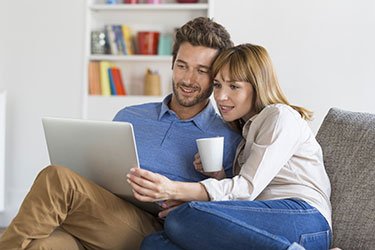 The Importance of Context and the Limits of Medication

Every health care provider has had experiences that were so powerful that they have forever transformed his or her thinking and approach to patients. The following was such a case. It demonstrated a number of things to me, including the importance of context, the limitations of medication, and the failure of psychiatrists – myself included – to educate their nonmedically trained therapist colleagues in the rapidly progressing biological realm. At a time when the secrets of the brain are being unraveled, and research in the brain sciences is burgeoning like few other medical fields, we as psychiatrists are not spreading the news to our colleagues.

I Went Against My Training

Some time ago, when the concepts of sensitization and kindling were first being published in the psychiatric literature, I began to look at clinical cases from an additional, broader perspective. What I saw – and what I knew I needed to do – went against all of my psychotherapeutic training.

Relapse and Medication Changes with No Success

Jenny was a 40-year-old attorney and a divorced and remarried mother. She was referred by her therapist of two years, Ms. Troy, for psychiatric evaluation and consideration of medication to treat her worsening depression. At the initial interview, Jenny’s husband, Frank, an accountant, was present in order to provide some history. He was quite cooperative yet strangely detached. He answered all queries in a genuine manner – as he worked on his paperwork! After ruling out any medical causes of Jenny’s depression, I prescribed Cymbalta for her depression, and encouraged her to continue her therapy with Ms. Troy. Jenny responded nicely to the medication but soon relapsed. Over the course of one year she relapsed four times, each time requiring a change in medication, first Zoloft, then Wellbutrin, then Lexapro, and finally Effexor, all with limited success and a variety of annoying (at the least) side effects.

It gradually became clear that the source of Jenny’s unrelenting depression was her husband’s lack of accountability and responsibility regarding the marriage. While Frank said all the right things, he would frequently and unpredictably be late for couples’ sessions, not follow through on promises, etc. Jenny was helpless to achieve her dream of a satisfying marriage. This context (an uncooperative spouse, combined with a desire to make the marriage work) was powerful enough that Jenny’s depressions were recurring repeatedly, but, as may occur in a poorly managed split – treatment setting, I as her psychopharmacologist had only peripheral awareness of these dynamics. This changed, however, when I was paged to a long distance number at 11:30 p.m. on a Saturday night.

Suicide Seen as the Only Way Out

Jenny was in a hotel 2000 miles from home, threatening suicide. After arranging for her safety, I made sure that she was escorted to a friend’s home the next morning. When Jenny came in my office she looked haggard. As she filled me in on the details of the episode, I realized that the episode was again triggered by the ongoing helplessness within the marriage. Her husband, it turned out, had discontinued couples’ therapy several weeks earlier and was clearly not engaged in her attempt to improve the marriage. Jenny felt trapped between failure in a second marriage and helplessness about improving the relationship. That Saturday night she saw suicide as the only way out.

Now, at the crucial moment, she wanted me to tell her whether she should stay out of the house or go back to her husband. Based on the sensitization and kindling models, as well as the learned helplessness and other models of depression, I advised Jenny that a change in her context was medically indicated, and that was my firm recommendation. Her husband was creating a depressogenic [depression-inducing] context that attitude change and/or medication could not counterbalance. Continued depression caused by this context – a context in which her level of control over the outcome was negligible, a context that was in conflict with her deep need to love and be loved – led to more severe, frequent depression (sensitization, which could lead to kindling), and of course, suicidal ideation. I advised her to stay out of the home; if she and her husband chose to, they could continue in couples’ psychotherapy.

Jenny followed my advice, and one – and two-year follow-ups revealed that she did not relapse into depression. Jenny’s therapist was surprised by the advice I had given Jenny; she, too, had been taught that therapy was not about giving advice.